My Pilot Light Keeps Going Out

Ever woken up to a lack of hot water? I’m guessing it probably wasn’t the best start to your day! While this could signal that something serious is up with the water heater tank itself, that’s not always the case! In fact, some of the times the issue could be as simple as the pilot light going out. Given that hot water heaters continue to be a popular topic within the plumbing industry, we wanted to take a minute to give you a deeper look at the pilot light. Not only just understanding what it’s purpose is in the whole water heater operation, but also why you may run into scenarios where the pilot light won’t stay lit! And if you don’t already know what a thermocouple is, you’ll definitely want to keep reading, as it could easily save you a few bucks on your next water heater repair project!

What is a Pilot Light?

First and foremost, what is a pilot light? The answer to this question is fairly straightforward. Without getting scientific, a pilot light is a small flame responsible for igniting the gas burner on your water heater. It helps with maintaining the internal temperatures of the water heater, such as making sure the water is able to cool off as well! If you ever have to install a new water heater or turn your current one off for any reason, lighting the pilot is always going to be step number one!

Why Will It Not Stay Lit?

Now that you have a general understanding of the purpose of a pilot light, it’s time to look at one of the most frustrating things it can do! This scenario I’m referring to is when the pilot keeps going out and as a result, you have no hot water! It can actually be due to a number of reasons and we recommend getting it fixed ASAP once you notice the issue. 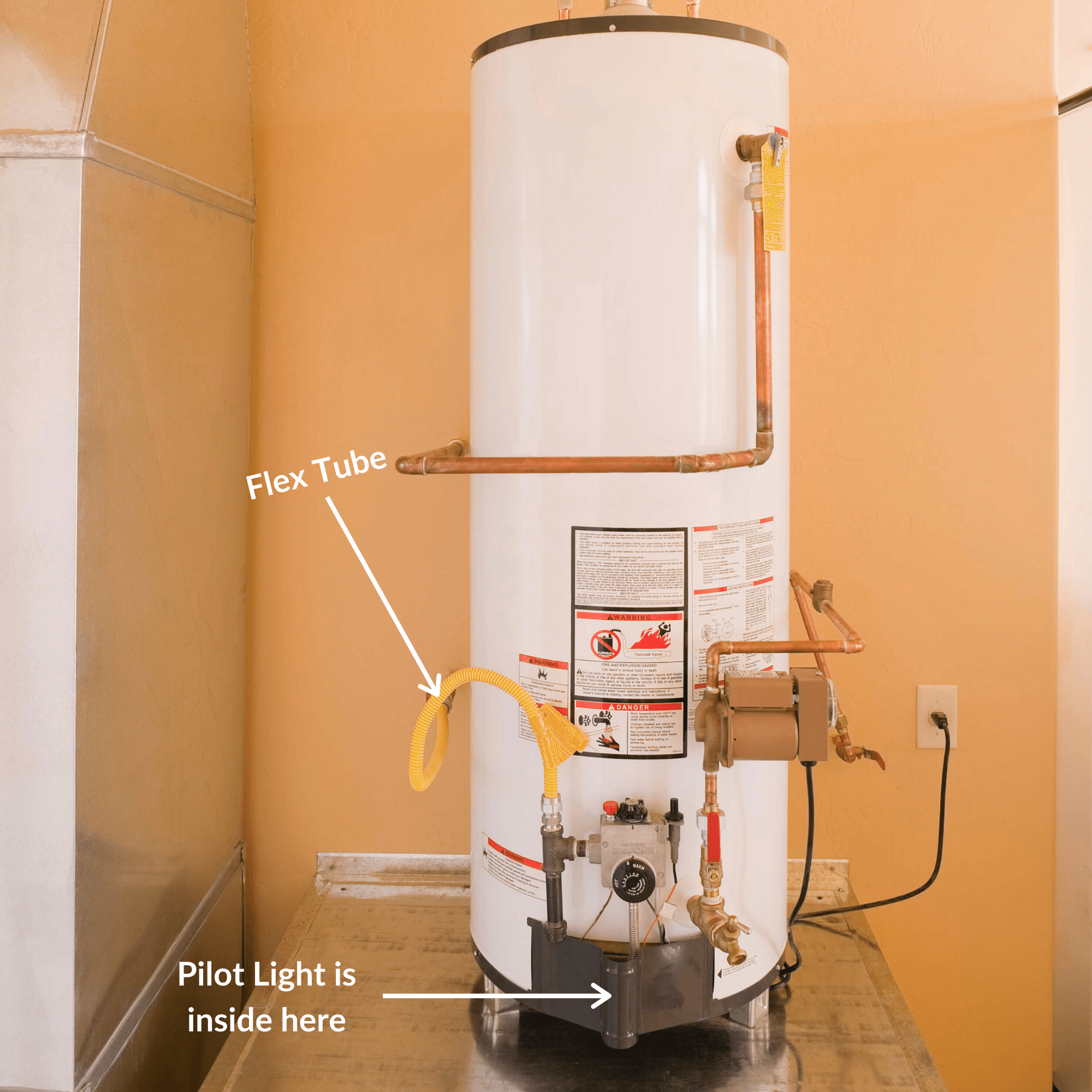 The most common culprit for a pilot that won’t stay lit is the thermocouple. While thermocouples are actually used in a wide range of appliances, the general methodology remains constant. In a sense, you can think of it as a temperature sensor. If it detects your pilot light is on, then it creates an electrical current. That small electrical current generated by the thermocouple is what causes the gas valve to open. On the flipside, if it notices the light is off, the thermocouple will cool, the gas valve won’t open and your water heater won’t be able to ignite. With this said, it’s easy to see how a thermocouple issue could easily prevent the water heater from doing it’s main job: heating water! When determining where your issue lies, start off with these possibilities:

Want to make the replacement yourself? If you’ve tried the steps above and determined that you simply have a faulty thermocouple, it’s time to make the replacement. Whether you hire a local plumber, who can probably get it switched in no time, or do it yourself, you’ll be happy to know that it’s an easy (and inexpensive) fix! Simply go to your local hardware store and purchase a new thermocouple. You should be able to find one under $20. Here’s an easy to follow tutorial on installing the new one.

Even though the thermocouple is by far the most common reason behind this issue, it isn’t the only possibility! Another part to consider is the flex tube. Luckily, the only potential issue we typically see with flex tubes is when there’s a kink in them. When this occurs, it makes it difficult for the gas to flow through. To fix it, simply unkink any areas that you see might be causing issues.

As a side note, it’s important to point out that a kink in the flex tube isn’t always tied directly to the pilot light. In some cases, the pilot light will look to be in perfect working order, but the burner won’t stay lit because of the kink.

Here we have yet another piece that’s easy to test yourself! While it’s purpose is fairly self-explanatory, the pilot tube occasionally gets dirt or other type of debris stuck in it. As a result, not enough fuel gets through it and the light is never ignited. A nice little trick we do to take care of this is utilizing a needle. Carefully slide it through the tube and slowly remove the debris! Typically, after a couple tries, you’ll be able to clear it all out!

Our final potential culprit also happens to be the most rare one of all the items on this list! That is the main control valve! The reason it’s so rare is because main control valves don’t typically go out. However, having tested each of the parts above, you might find yourself scratching your head at what the problem may be! Unfortunately, your only solution to fixing a faulty main control valve is a complete replacement, which we always recommend leaving to an experienced plumbing company!

Hopefully this blog will help you out in being able to determine why that pilot light just won’t stay lit. While it normally is a small issue with the thermocouple, remember to always turn off the gas and let it cool before doing anything! When active, they’re capable of getting very hot and plumbing safety should always rank at the top of our list!

If you’re still having issues with your water heater, then you very well may be looking at a more serious issue than just a pilot light going out! It could be an issue with the tank itself or even a water heater replacement could be needed! In any case, this is the time where you’ll want to call in a reliable Kansas City plumbing company. Don’t hesitate to give our team at Stine-Nichols Plumbing a call! Our experienced residential and commercial plumbing technicians have worked with nearly every model of traditional and tankless water heaters, so we’re more than happy to assist you on your next project!